This unique feature, a kind of miniature Huntsman's Leap, was developed in 1998 for the use of sport climbers with an array of dramatic and photogenic pitches up its leaning walls. The nature of the climbs may have been a little controversial to the climbing public but the lines were generally devoid of other natural gear save for the very occasional peg placement which would have fallen into disrepair anyway.

The crag became very popular as a secluded retreat for climbers and no other visitors ever visited the crag to sample the huge cathedral-like cave at its rear. Subsequent to this, and after a very poor stance on behalf of sport climbing taken by the BMC, the National Trust officer has won the battle to remove the bolts: the irony is that he is happy for rotting pegs and threads to adorn the walls in favour of traditional climbing and so the issue of ‘climbing’ was never in doubt, only the style by which it was carried out. Surely climbers should decide the ethic, not the land-owners?

At this moment in time all of the bolts have been removed but there remains a fairly continuous debate as to whether they should be replaced. Watch this space! 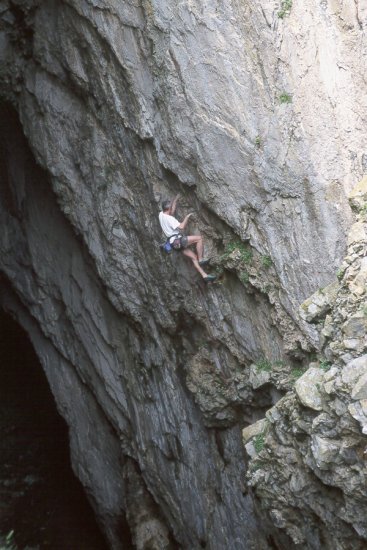 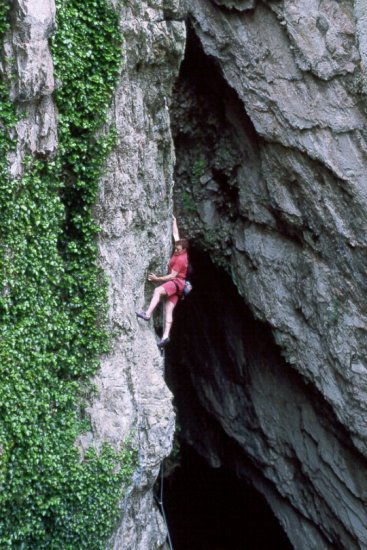