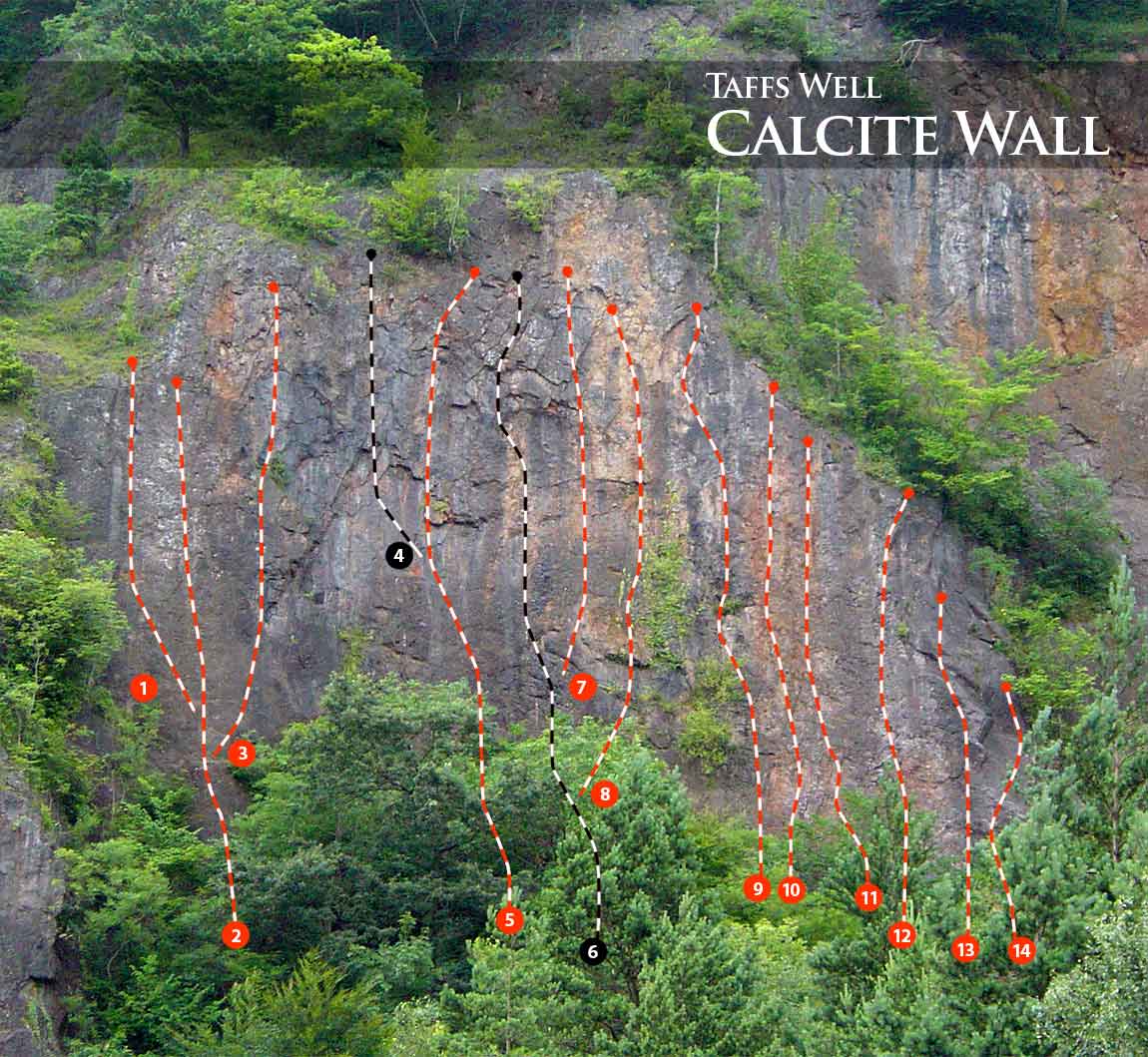 The first three routes start at the left-hand end of the wall and share a common start to a second ledge and belay (6b).

1. Red Square (6b+) The left-hand side of the wall. Two technical sections.

2. Organised Chaos (6c) ★ The centre of the wall is well worth the effort. Sustained.

3. The Melty Man Cometh (7a) The right-hand side of the wall with three hard sections. All on good rock.

4. Ye Old Campaigner E5 6b the left-hand line via a rib and to move leftwards to a superb and very steep finale.

5. LA Confidential (7a) ★★ Continues straight up to the left-hand end of the overlap and plows on direct via superb sustained moves.

7. Kings of New York (7a+) ★★★ branches right out of Spirit to climb a tricky flowstone rib and superb sustained headwall. Low in grade.

8. The Connecticut Connection (7a+) ★★★ super long pitch to right starting from 'pit' and culminating in a brilliant and intricate headwall. 16 clips.

9. Minnesota Nice (7a+) ★★★ a magnificent route taking the left edge of the wall on positive holds after a technical start. The finish gives brilliant climbing on grey flowstone. Top bolts now removed.

10. Melting Man (7a) ★★ the centre of the face. Another fine sustained exercise.

12. Tarus Bulba (6b+) ★★ pleasant face climbing with a tricky bulge and following the faint rib above.

14. Hirsuit Ulvula (6a) short tricky arete and easy groove above. The next group of routes begin from a grassy platform at 10m, gained by a fixed rope.