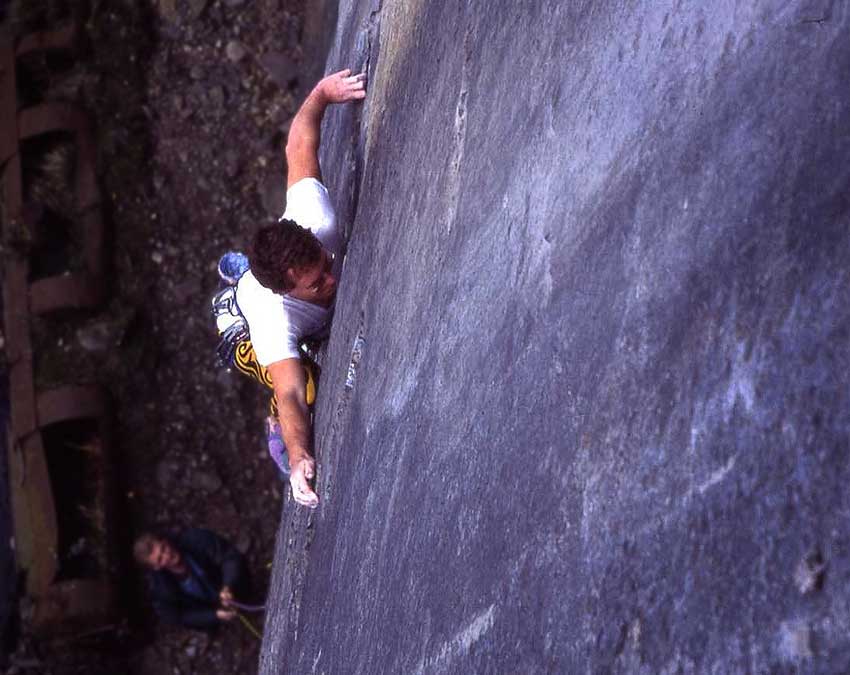 The best cliff in South Wales with masses (75) of sport routes through a variety of grades on clean rock with a variety of styles and features. Recent activities have not only added a lot of new routes along the Roadside crag, the name given to the cliff alongside the approach path, but the whole Main Overhang area has been recleaned and suffered a large overall improvement.

The aforementioned development has almost solely belonged to Gary Gibson and Roy Thomas who have peppered the cliff with a host of good routes quickly repeated and supported by Goi Ashmore and Eugene Jones. In fact Ashmore himself dealt the biggest hand with the cliff’s hardest route in a free version of Spore Wars. It remains for you to sample their efforts.

To find the cliff, follow the A465, Heads of the Valley road, for 15km and then take a left turn for Glyn-Neath. At the traffic lights turn right for Pont Nedd Fechan and then take the first left in 200m (B4242). Follow this road until just before it begins to rise up at a slight incline and turn right by the Craig Dinas Hotel. This narrow road leads through a small village to turn abruptly right over a small bridge into the initial quarry (no sport routes here). Follow the track on the right for the Roadside Crag.

This a great all year round crag. It dries quickly once seepage has receded, give 5 days of dry weather for the latter, and sections can stay dry in the rain. It can get very hot as it gets the sunshine for the most of the day and can receive the full quota of midges on any humid evening.

All of the existing routes on the access path to the main cliff have been rebolted and the entire section of wall has been developed into an easily accessible with loads of routes in the 6s grade. The cliff gains plenty of morning sunshine, dries very quickly and can provide a fine morning or afternoon session or even a warm-up to the harder routes on the main crag. 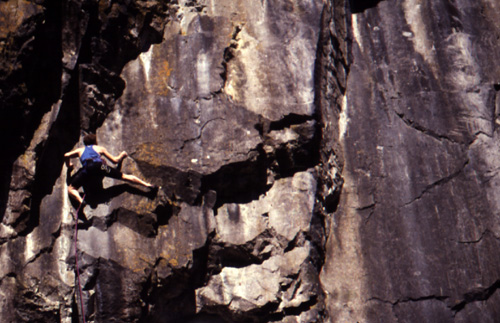