The crag faces north and is shady most of the time making it a pleasant summer venue.

From the left end of Central Buttress continue along the path past several small crags. The left most of these is easily recognizable by the prominent horizontal roof at 10 metres. 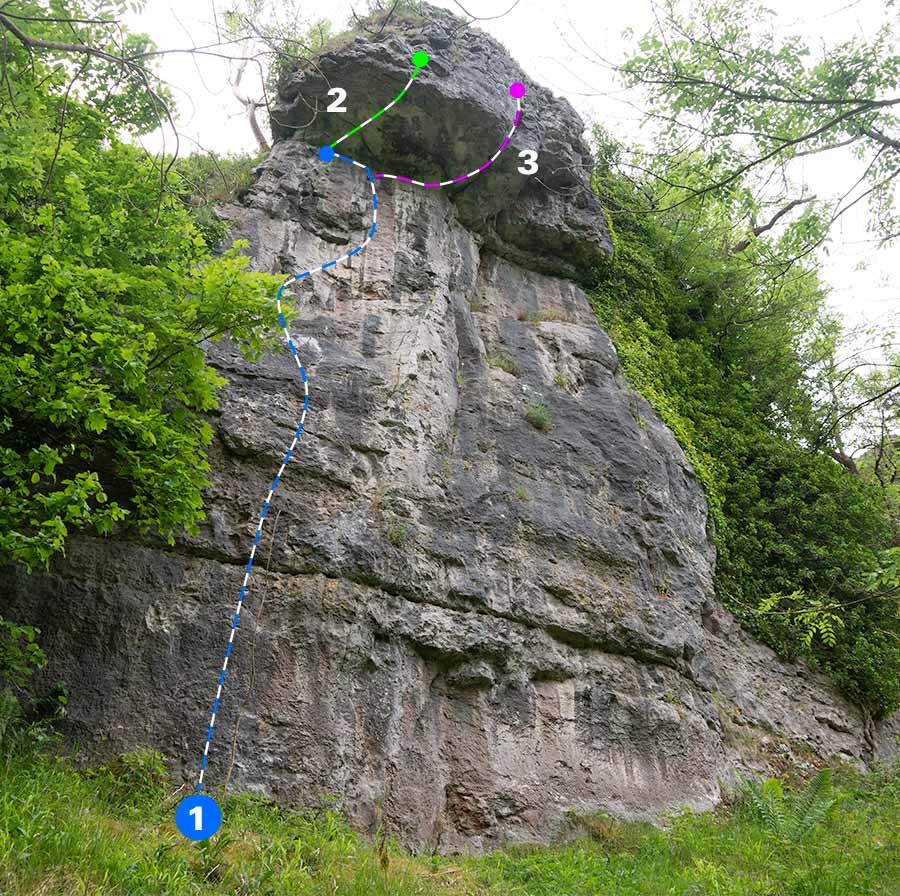 The right side of the roof is climbed via the obvious groove, Vicar's Vertigo E2 5c ★.

2. Let Rip (7b) ★ Climb More Tea Vicar then straight over the roof on the left side.

3. Rectal Revenge (7b) ★ From the top of More Tea Vicar move R and up into the hanging corner above.