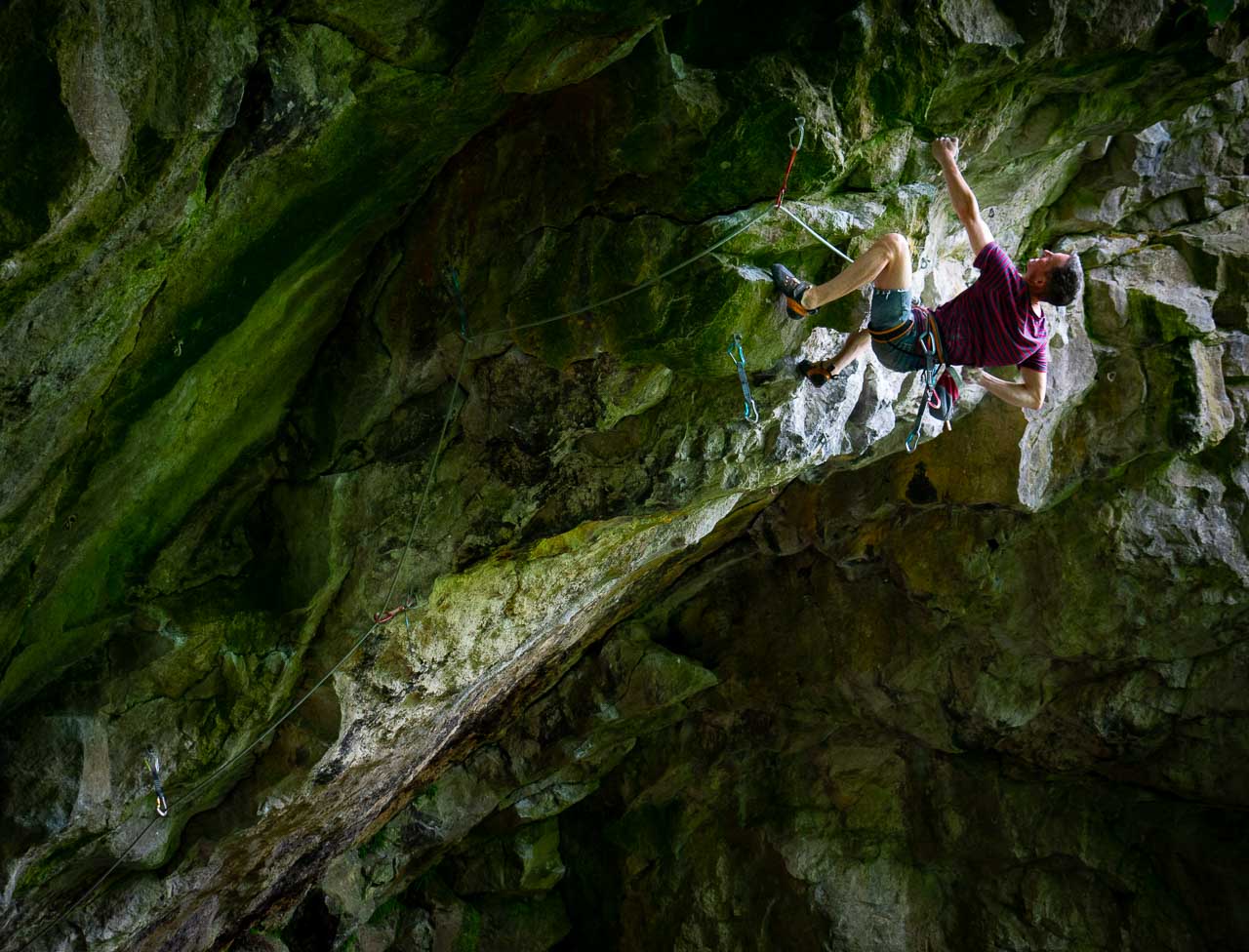 One of the most famous climbing areas in the Peak, with such high quality venues as High Tor and Wildcat Tor, it is now becoming one of it's best sport climbing areas. Development was sporadic in the late eighties and early nineties with Andy Pollit's Ruby Fruit Jungle (8a) at Long Tor Quarry, Malcolm Taylor's High Torquing (7c+) at High Tor and Gary Gibson's Hallowed be Thy Name (7c+) at Willesley the pick of the bunch. After something of a lull Pete Creswell reassessed the neglected trad venue of Lorry Park Quarry and produced a crop of excellent, though at the time, ignored routes.

The big shift towards bolting came in the early 2000s with a deluge of routes from Gary Gibson. Intake, Masson Lees, Helicopter, Colehill, Slaley are just some of the many quarries that, over time, have become very popular offering many mid-grade routes on varied limestone. Meantime Jon Clark started to produce hard routes at some of the older crags with King of the Jungle (8b+) at Long Tor, Dark Matter (8b) at Lorry Park and Limelight (8b/+) at High Tor the hardest in the area. After another lull High Tor saw some excellent additions from Clark, Dominic Lee and Simon Lee whilst the abandoned Bend Tor was resurrected from vegetation and Dale Quarry near Wirksworth was revamped by Simon Cundy and Dominic Lee to give some excellent slab climbing and the powerful Steampunk (7b+). The Matlock area is now firmly established as one of the most popular sport climbing areas in the Peak particularly with mid-grade climbers.