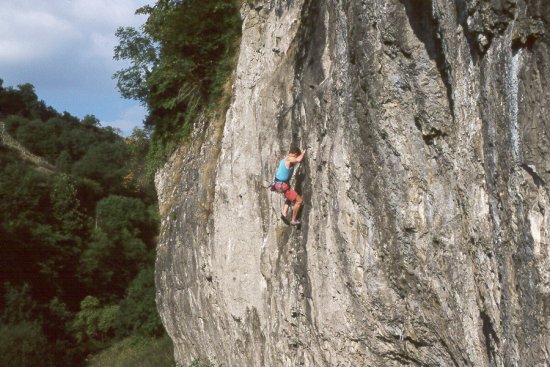 Cheedale is keenly recognised as one of the centerpieces of Peak District climbing offering a large number of traditional and sport climbs on its valley walls. All of the climbing lies on a variety of cliffs lining the wall’s of the dale and is conducted on a mixture of limestone types: from the highly compact water-washed walls of the Cornice, Two Tier Buttress, Long Wall and Nettle Buttress to the more open sections such as The Lifts, Plum Buttress and the Embankment. On the traditional side Chee Tor offers one of the best crags of its type in the Peak.

During the winter months most of the cliffs suffer a high degree of seepage and remain unclimbable until at least May unless there is an unusually dry Spring. This can make a number of climbs a little dusty on early acquaintance during the spring months but they do clean up very quickly and can remain dry well into the Autumn months. 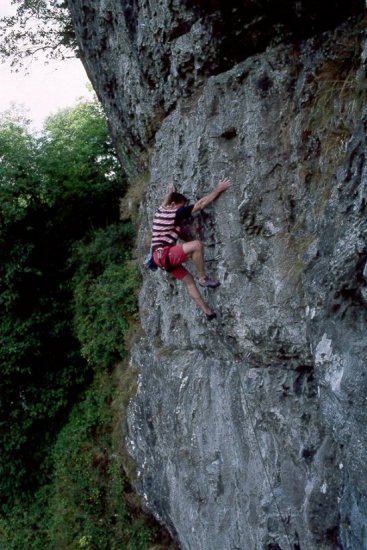 Cheedale is situated on the river Wye 3 miles east of Buxton and is within easy reach of Manchester, Sheffield, Derby and Stoke-on-Trent.