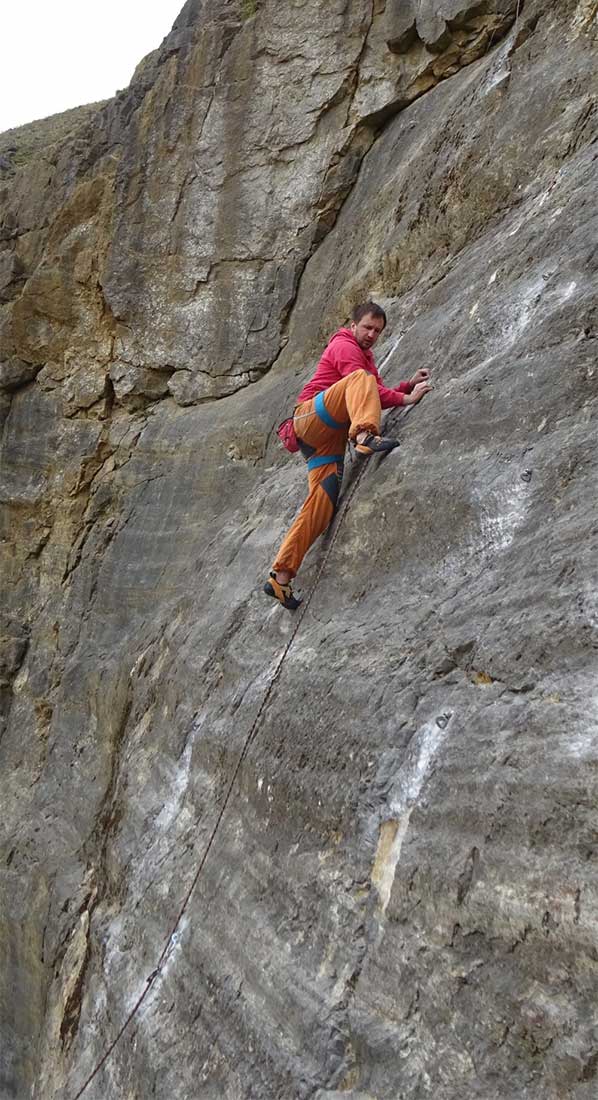 An interesting new find with two worthwhile walls in an old disused quarry on the road from Tideswell to Castleton. In fact one of the walls, nicknamed the Library, is unusual by Peak standards consisting of a 'boilerplate' slab with little in the way of large holds.

From the crossroads on the A623 Chapel-en-le-Frith to Chesterfield road, take the turning for Bradwell and turn immediately left across the front of the Anchor public house into Castleton Lane. Follow this lane, quite narrow in places, until a turning left - actually the second left turning on the road - in 2.5miles will take you towards Castleton. Immediately after this turning is the quarry entrance marked Moss Rake. 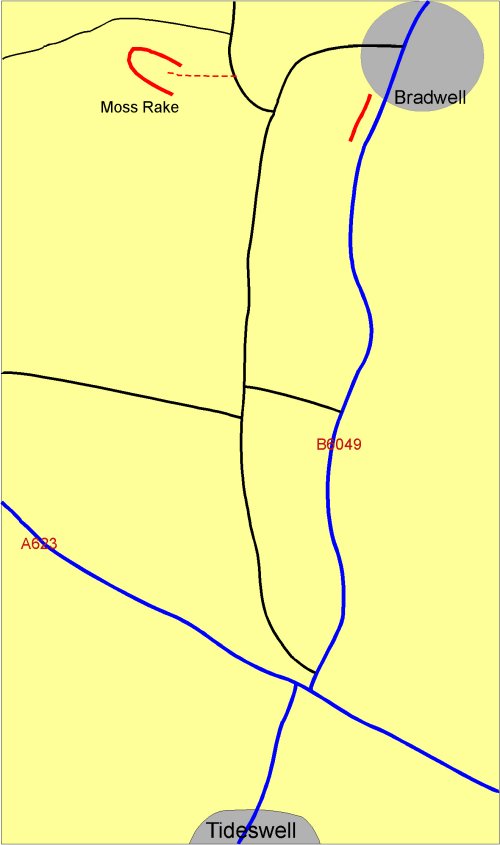 Pass through the gates and into the initial section of the quarry. Continue to the top of the hill and turn left to view the extreme eastern end of the quarry proper. Scramble down the scree slope and follow the track down to the two walls, obvious by their bolts. 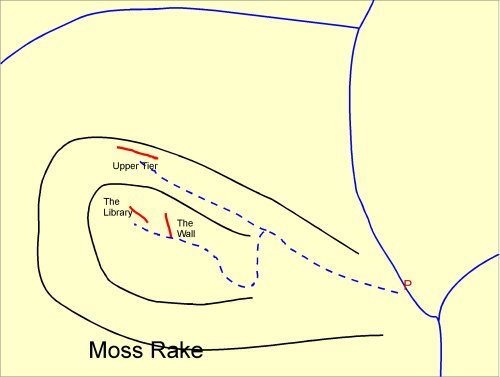 There has been evidence of a peregrine falcon nesting on the opposite side of the quarry to the developed crags, an area that will not be considered climbable. If the birds appear at all at unease, please leave the quarry and return at a later date.