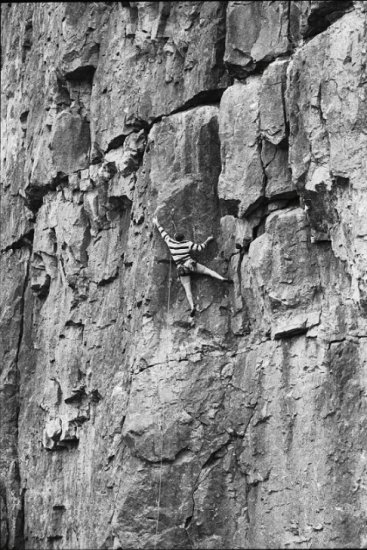 Gary Gibson on The Talisman (7a). Photo: Carl Ryan 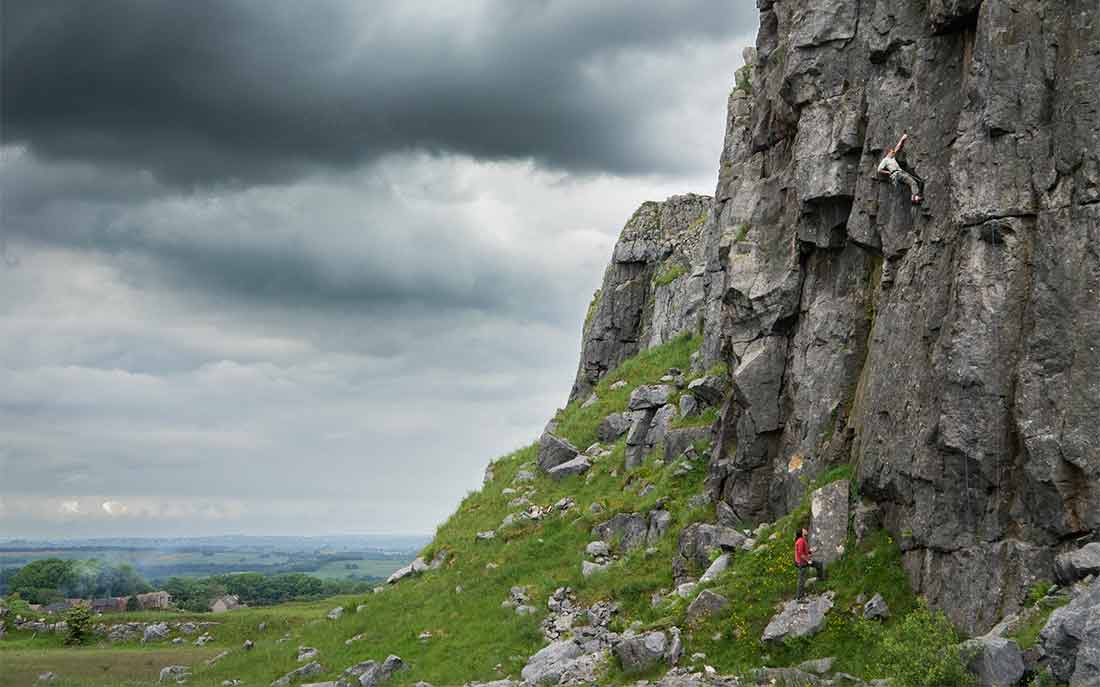 Much was written over the years with respect to the climbing at Harpur Hill most of which was been about whether sport climbing should exist there or not. In 1994 Nadim Siddiqui and Bill Birch began redevelopment of the quarry, after it had lain dormant for many years, with a view to providing a major sport climbing venue for the area with routes throughout the grading spectrum. This raised the eyebrows of a few anti-bolting lobbyists and during the ensuing debate or, in fact, before any bolting debate was made, the bolts were stripped from the routes and the venue was no more.

After this, and after a extremely heated debate in conjunction with the BMC, it was agreed that sport climbing could coexist alongside the traditional routes of the crag as long as bolts were not placed alongside natural placements or conflicted to any great extent with existing routes. Hence the routes were rebolted and over the decades a huge number of sport climbs have appeared.

The majority of routes here centre around technical face climbing and compared to most Peak District sport climbing are significantly longer. This lends an atmosphere of sustained interest throughout. There are also a number of excellent traditional crack and groove lines together with a few short technical horrors. Altogether there is a large choice of styles to choose from and difficulties range from beginner climbs up to 7b.

The main areas of cliff face north west or west and only get sunshine after about 3pm. However the Dark Side faces east and The Retreat faces north so there is usually somewhere to climb on hot days. Due to its open nature it dries extremely quickly and takes little seepage which in turn makes it a very cold venue in the winter months. This is a perfect place to spend a spring or summer evening or indeed provides a welcome morning retreat in scorching summer weather.

Four views of routes at Harpur Hill all with Gary Gibson climbing. From top left and clockwise are:

All photos by Carl Ryan 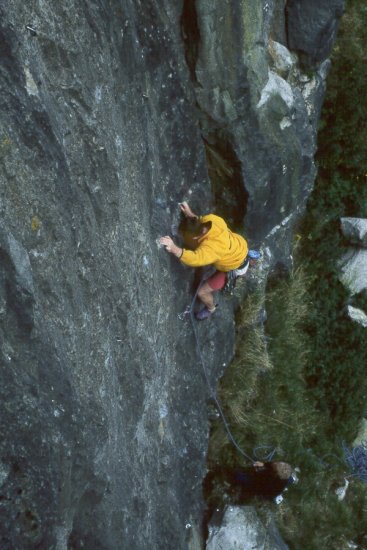 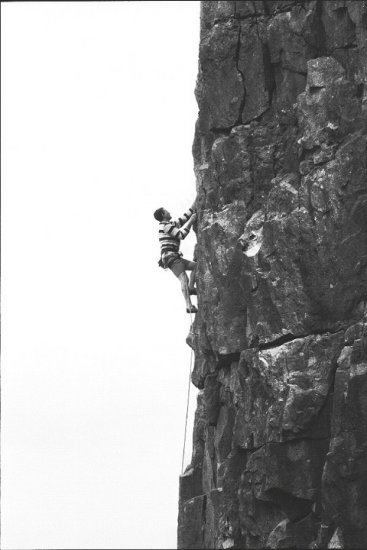 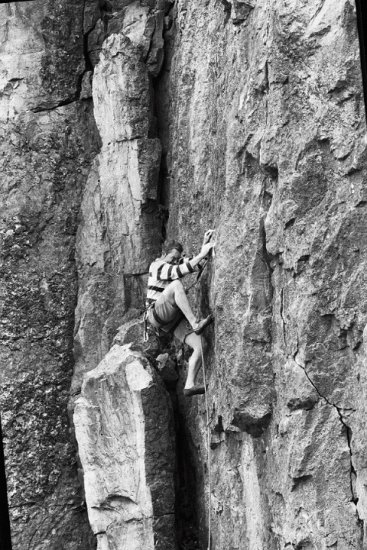